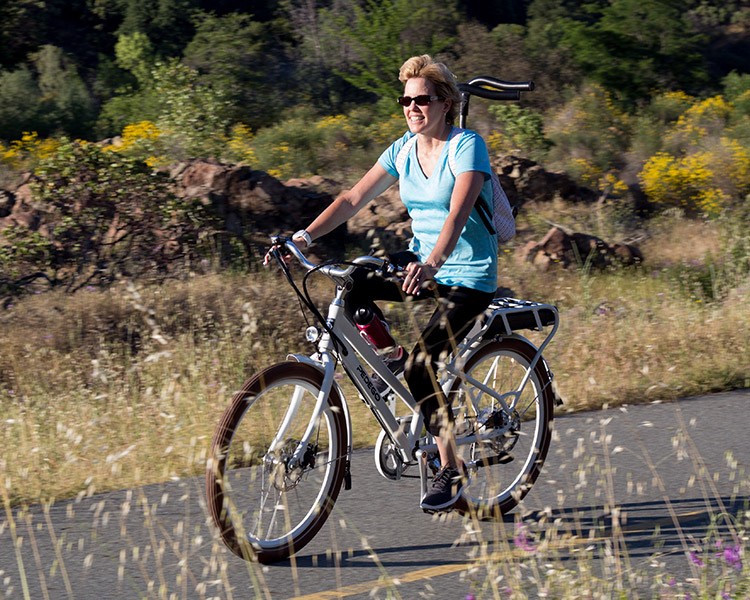 THE HEALING POWER OF PEDEGO

More than nine months after an excruciating hip surgery, Kim is finally on the move again! “I’m a mover,” she explains, “and I’ve been so confined after this surgery. To get on a bike again and to be able to ride and feel normal again. It has meant everything to me.”

Kim’s Pedego is specially equipped to carry her crutches. She rides to physical therapy three times a week, and it’s so much fun that she hardly notices all the therapeutic exercise involved. “My physical therapist thinks it’s amazing!” Kim reports, “Now I show up with smile on my face and new energy to keep going.”

Aside from the physical benefits, the sheer joy of Pedegoing has also contributed greatly to her recovery. “The thrill of moving fast and having the wind in my face has been incredible for my sanity, and really it’s been the Pedego bike that’s given me a sense of life back.”

Kim faces another grueling surgery on the opposite hip next year, and her only comfort is the knowledge that her Pedego will always be there for her. “I have such a long road ahead of me,” she says, “but I’m having a sense of pleasure and joy that I haven’t had for almost a year.” 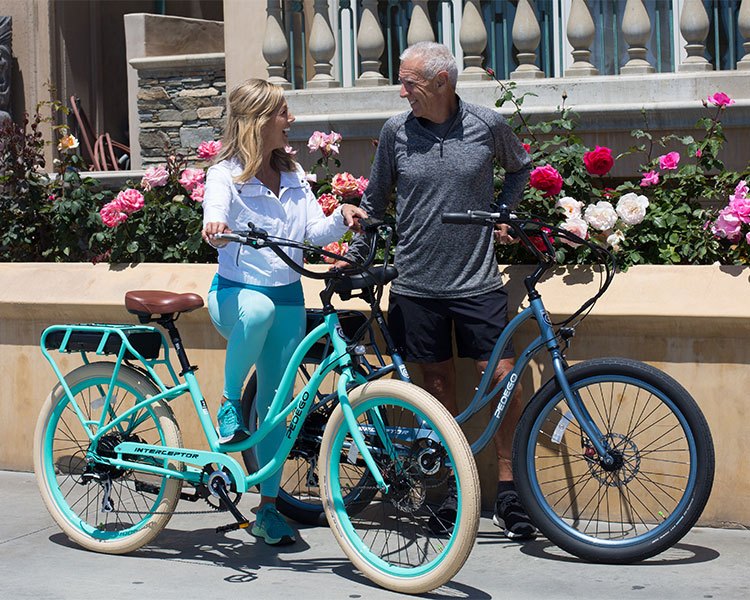 “Exercise and Pedego bikes go hand in hand,” says Denise Austin. As one of America’s favorite fitness gurus, she ought to know! 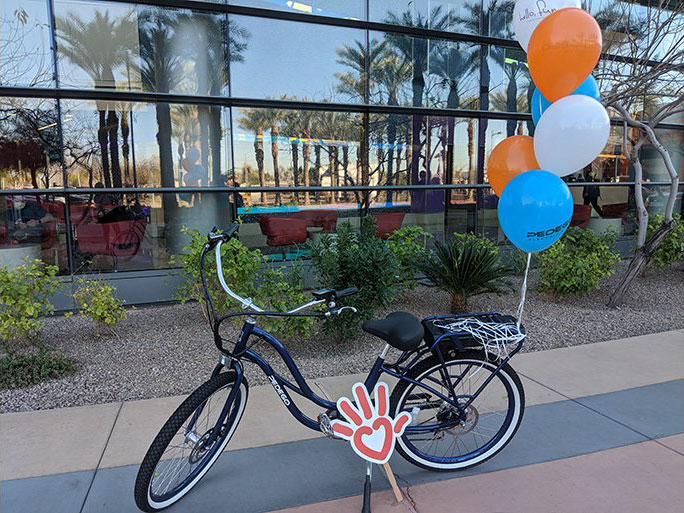 Helping a child in need, Pedego worked with Angela’s Angels to donate an electric bike to a child at Phoenix Children’s Hospital.