How to Outfit Your Bike With the Best Accessories 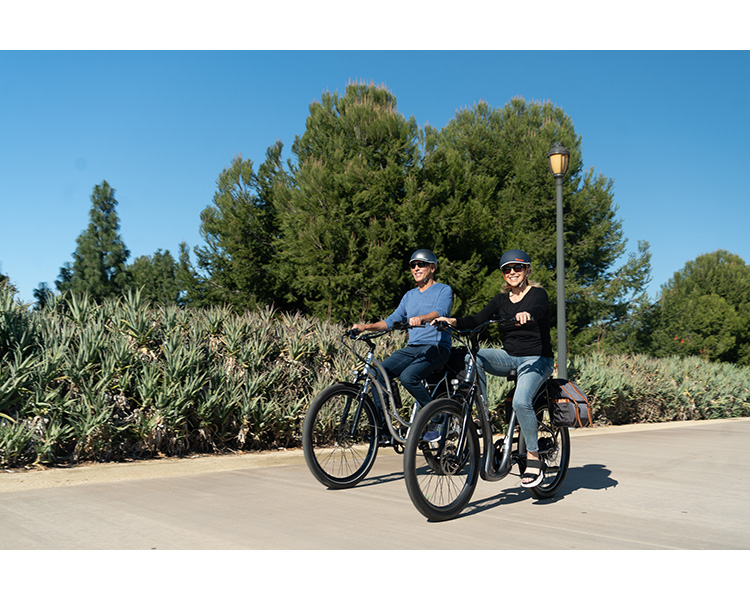 Cycling is a great aerobic activity, helping you build muscle, manage weight, and improve circulation. The COVID-19 pandemic has even led to a cycling resurgence. Since the start of the pandemic, one in ten American adults has started riding the bike again after a year or more of not doing so. Bike sales and rentals have also boomed, and big cities like Milan, New York, and Paris have opened new bike lanes to accommodate the influx of cyclists. As cycling becomes a bigger part of your everyday life, it’s important not only to have a durable bike, but also to have accessories that will personalize your ride and even make it safe and convenient to use. If you’re looking for good additions to your bike, below are a few suggestions:

Bike streamers may feel old school or retro, but they’re a fun way of personalizing your bike no matter your age. There are shops that sell bike streamers, such as Retro Your Ride, which uses ribbons that are highly durable so they don’t break, fade, or shed. Alternatively, you can also make your own streamers so you can exercise more creativity and control over the output. The length of the streamers you buy or make depends on you, however 14 inches would be what looks best on adult bikes.

Having a bag on your person may restrict your movement on the bike. So to help you carry items easily, you can install bike baskets. You can choose between front and rear baskets depending on what you usually carry. Front baskets are handlebar-mounted and smaller than rear baskets, so they’re more suitable for carrying smaller and lighter items — such as light grocery shopping. Meanwhile, rear baskets can fit nearly anything, such as your bag of work essentials. However, rear baskets typically don’t have lids, so it might not be such a good idea to have extremely valuable or fragile items in them.

Because of people’s increased interest in bicycles, they have become a hot commodity and prone to theft. Fortunately, there are many anti-theft gadgets that you can attach to your bicycle. One example is Sherlock, which is an invisible GPS anti-theft device that works with the Sherlock app. It’s a plastic tube that encases a flexible printed circuit board, or PCB, which can be inserted into both straight and straight-and-drop handlebars. Sherlock is made with a high-speed PCB design with a fast edge, which allows signals to radiate from the route and couple into adjacent routes in the gadget without creating signal integrity problems. This means that when you turn Sherlock on when you leave your bike unattended, the device will almost immediately be able to alert you if the bike is moved. You’ll also be able to continuously track it.

A GPS cycling computer has the core function of tracking your position, displaying speed, time, and distance. But modern GPS devices have new features such as smartphone pairing, which makes for easier setup and customization. Another addition is incident detection. This monitors your activity and notifies your contacts if it detects sudden stops and impacts, which might happen during collisions and crashes. Regardless of the features you want in your GPS, you’ll need one with a good mount system so you don’t have to worry about it accidentally falling off. Stages Cycling’s Dash M50 has one of the most robust and secure mount systems, so it’s great even for mountain biking. It also has a bright and crisp screen that’s easy to read, whether you’re viewing it under direct sunlight or during the night. This GPS also offers preloaded routes and turn-by-turn directions that you can create in Stages Link or import from online mobile services like Strava.

A helmet isn’t exactly something that accessorizes your bike, but you should never be on a bike without one. It is your first line of defense, helping reduce your risk of head injury should you fall off your bike or collide with something else, such as another cyclist. A good helmet should fit properly, meaning it stays in place if you shake your head. You’ll also want one that’s well ventilated so you can stay cool throughout your cycling journey. One of the great helmets currently available is the Thousand Heritage Bike Helmet, a minimalistic but stylish and comfortable accessory. It has seven air vents and three cooling channels to help regulate the temperature around your head. It comes in a variety of colors too, such as mint and rose gold, so you can take your pick depending on what matches your bike.

Cycling is a fun exercise since you get to ride on different roads and trails — you can take inspiration from the Wanderpreneurs and go on various scenic routes, such as the Red Canyon in Las Vegas. And using the above pointers, you’ll be able to do so in both safety and style.